The store will not work correctly in the case when cookies are disabled.

Taps are tools used by engineers for creating a female thread inside a hole. The tap is inserted into a special wrench and turned whilst cutting oil is used to lubricate the tap.

When forming a brand new thread in a blind hole, it is usually a three-stage process.

Metric fine thread is a common thread, often found on machine screws. More threads per axial distance (length along the fastener) than metric coarse. A fine thread is known to be stronger than a coarse thread.

When cutting shallow female threads, it may be possible to skip the third stage and just use the taper or second taps.

If tapping into a soft material it is possible to cut the thread with only a second tap. 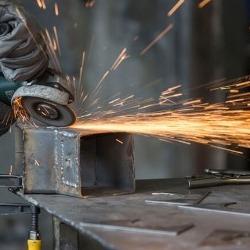